To manage big game populations, CPW uses a “management by objective” approach for each Data Analysis Unit (DAU). A DAU is the geographic area that represents the year-around range of a big game herd and delineates the seasonal ranges of a specific herd, while keeping interchange with adjacent herds to a minimum. A DAU includes the area where the majority of the animals in a herd complete their life cycle. Most DAUs are composed of multiple Game Management Units (GMUs), which are designed to distribute hunters within the DAU. In a few cases, only one GMU makes up a DAU.

Hunters and outfitters have increasingly expressed concerns that elk populations are becoming too low in some herds, despite the fact that 22 of 42 (52%) of the elk herds are above their current population objective ranges. 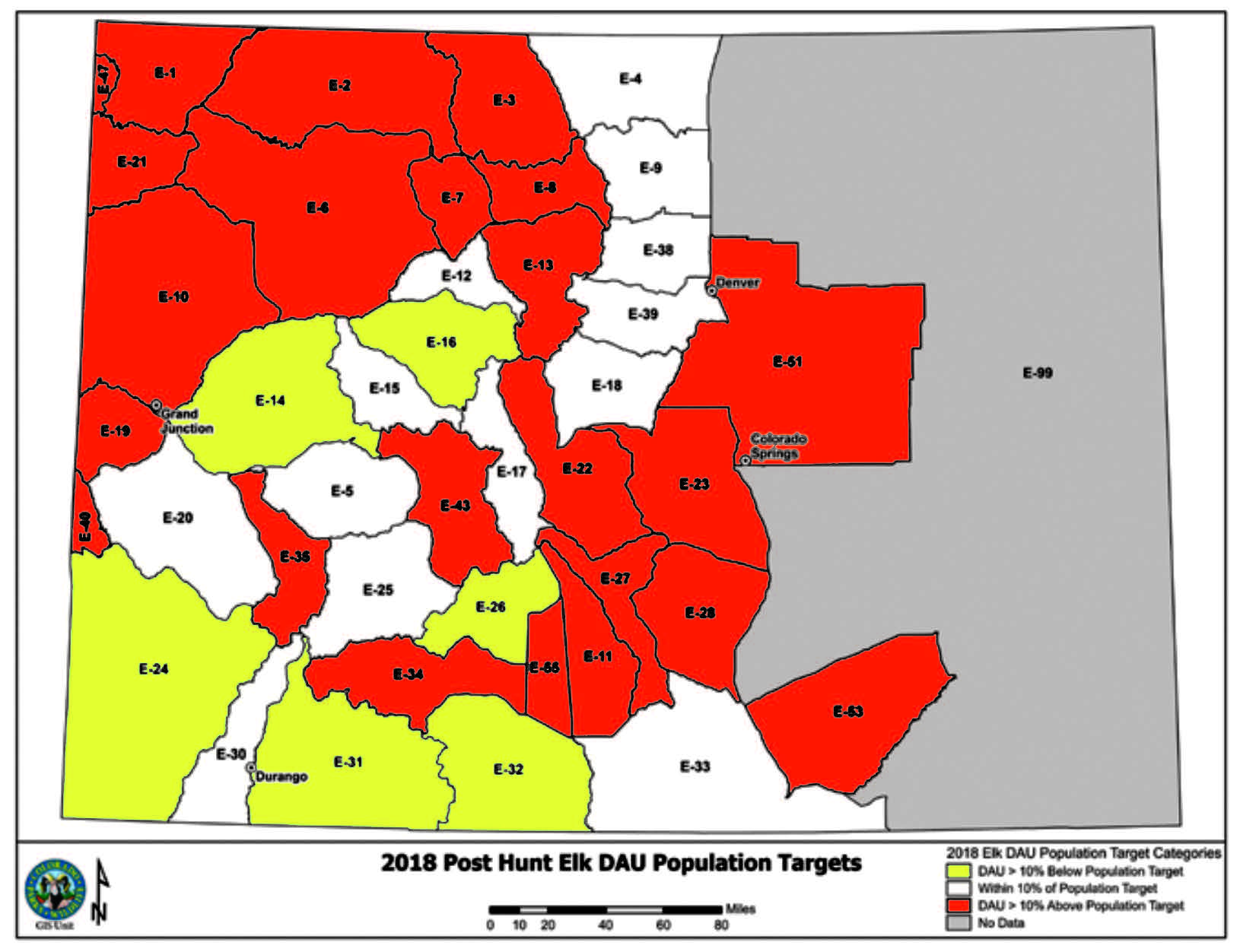 Colorado’s overall moose population continues to increase in size as moose expand their range and pioneer new habitats. The estimated statewide 2018 post-hunt moose population is 3,240. CPW has been increasing cow moose licenses to manage moose populations toward population objectives and to address moose conflicts in some areas. There are 12 moose DAUs in Colorado, 9 on the West Slope and 3 on the Front Range. Since 2017 CPW has allowed moose hunting in 63 GMUs, an increase from 39 GMUs in 2013.

We see you are enjoying our articles!

If you wish view the full all article, watch this short video or subscribe now for full access.

Subscribe Watch Video No, thanks! I will stick to the free stuff
Login